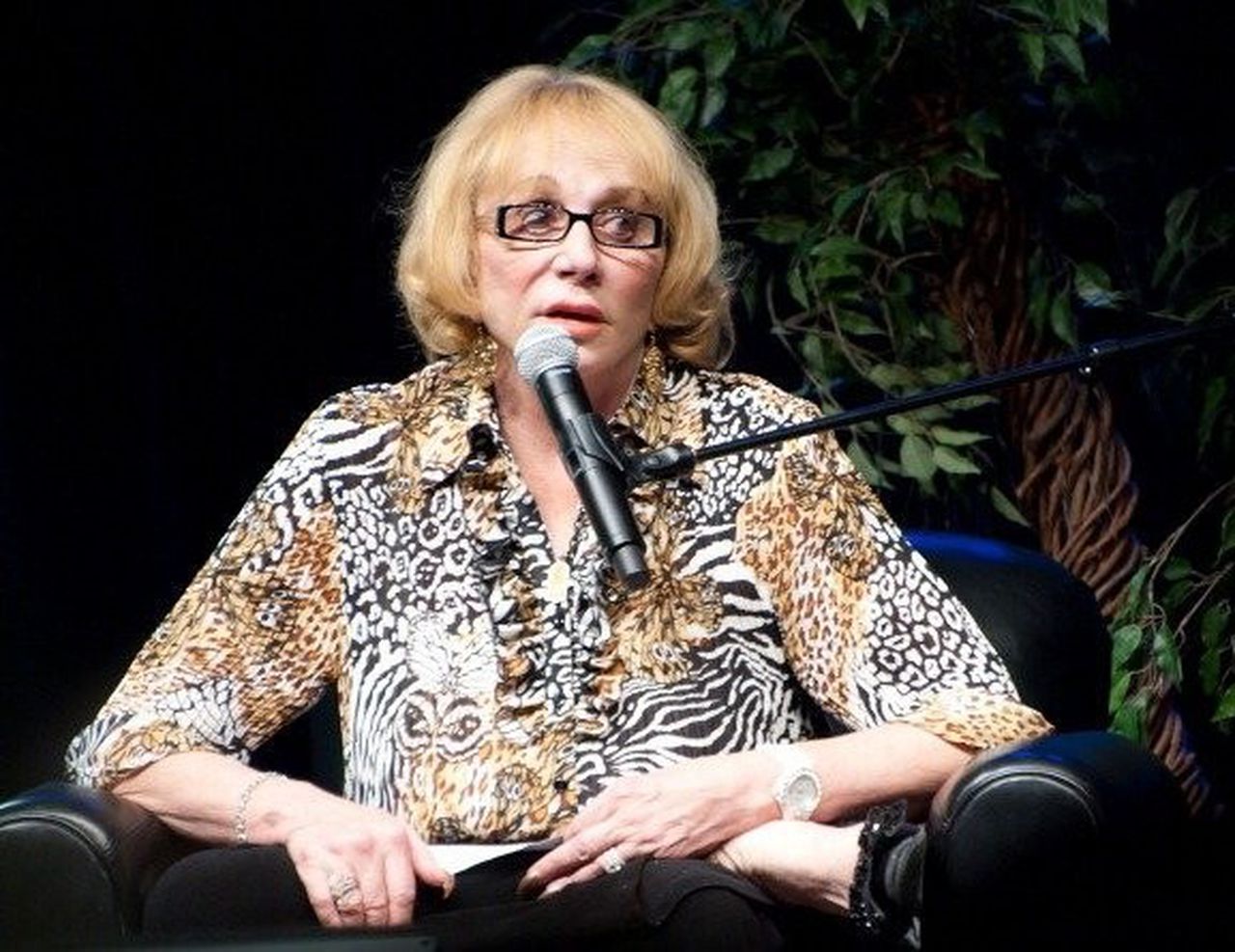 When psychic Sylvia Browne wrote in a 2008 novel that a ‘severe pneumonia-like illness will spread throughout the globe’ around the year 2020 little did she know how eerily prophetic it might become. However 12 years on from the prediction, conspiracy theorists have taken to the work of fiction to find the answers and are now claiming that the author’s words ‘prophesied’ the outbreak of the coronavirus. 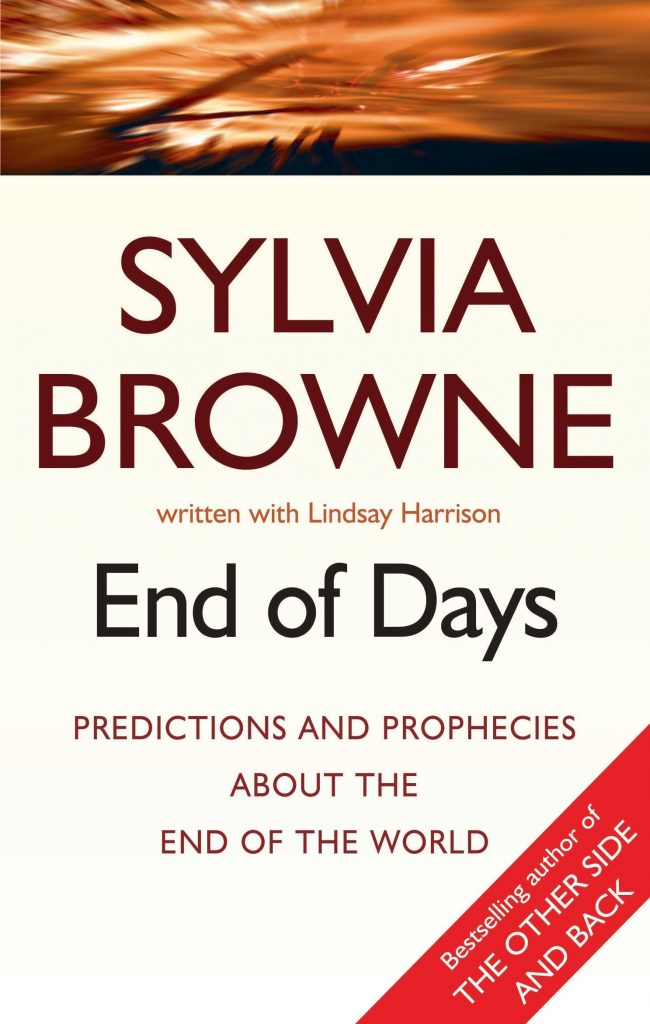 In her book End of Days: Predictions and Prophecies about the End of the World, which was co-written with Lindsay Harrison, Browne predicts the outbreak of a respiratory-related illness that will wreak havoc around the world.

“In around 2020 a severe pneumonia-like illness will spread throughout the globe, attacking the lungs and the bronchial tubes and resisting all known treatments,“ reads a passage from the book.

“Almost more baffling than the illness itself will be the fact that it will suddenly vanish as quickly as it arrived, attack again ten years later, and then disappear completely.” 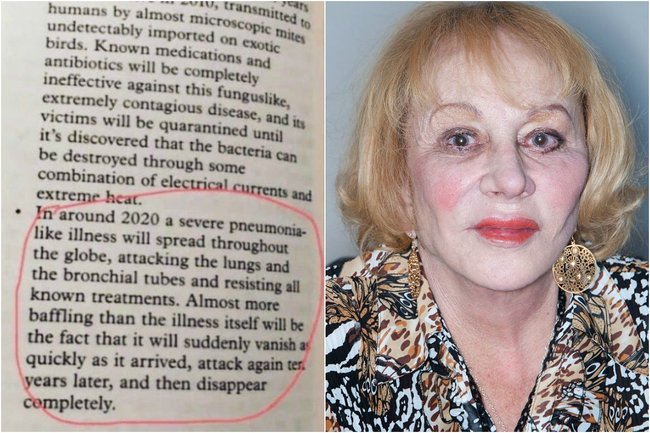 In her lifetime, Browne was frequently dismissed by skeptics, and in light of the surge of confirmed coronavirus cases around the world, the legitimacy of her so-called prediction of a pneumonia-like virus around 2020 has been scrutinized, too. The Center for Inquiry’s Benjamin Radford heavily questioned Browne’s supposed prediction in a blog post on Thursday, concluding, “Browne has made many thousands of predictions; the fact that this one happened to possibly, maybe, be partly right is meaningless.”

Browne had been discredited numerous times in her lifetime. In 2004, she told the mother of missing child Amanda Berry that the teenager was dead. Berry was found alive in 2013, having been abducted and held captive in a house in Cleveland with two other women for a decade. Browne was a fixture on American talk shows, and claimed to be a medium with psychic abilities. She died in 2013. 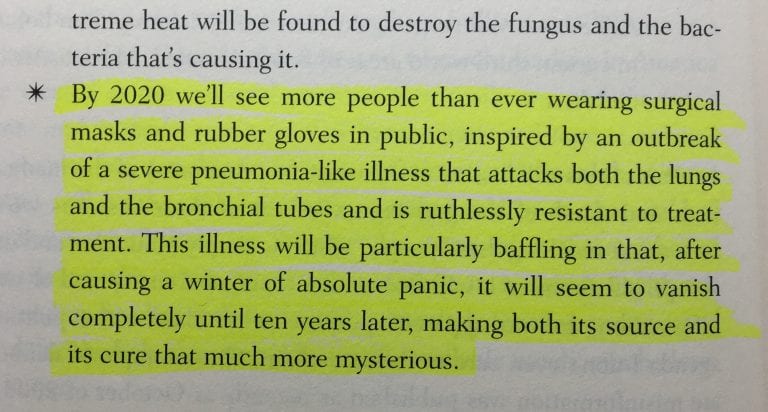 After I wrote a piece about Browne’s failed predictions, I soon received hate mail from many of her fans who defended the accuracy of her prophecy and demanded that I take a closer look at her predictions. So I did; many of her predictions are set far in the future, but I did find a few dozen in her book Prophecy: What the Future Holds for You that referred to events between the time the book was published (2004) and this year. Here’s a sampling, in chronological order: 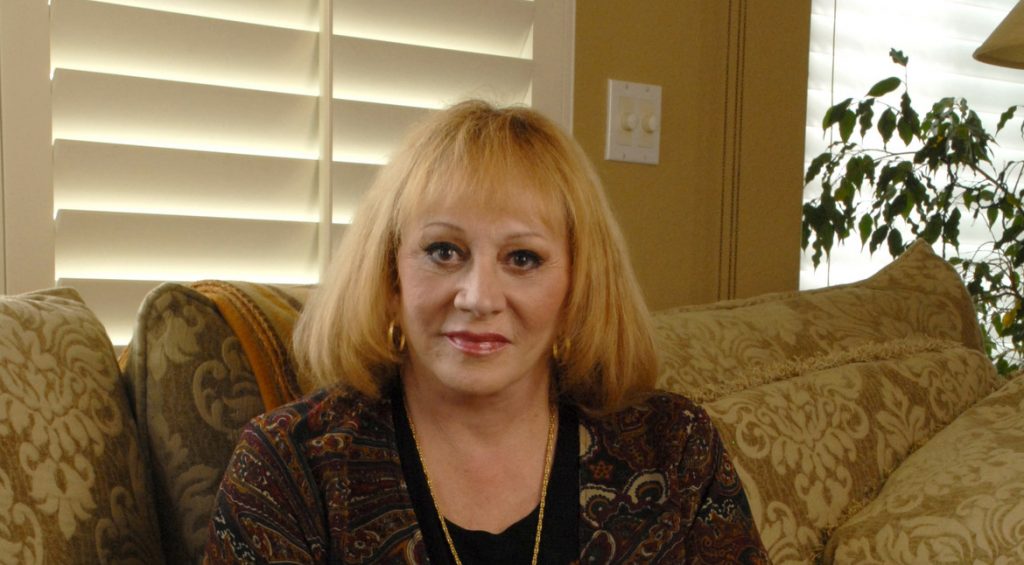 •  “By around 2010, law enforcement’s use of psychics will ‘come out of the closet’ and be a commonplace, widely accepted collaboration” (p. 180).

•  “By around 2010, it will be mandated that a DNA sample of every infant born in the United States is taken and recorded at the time of the baby’s birth” (p. 182).

•  “In about 2011, home security systems start becoming common … The windows are unbreakable glass, able to be opened only by the homeowner … Doors and windows will no longer have visible, traditional locks that can be picked or tampered with. Instead the security system allows access … by ‘eyeprints’” (p. 169).

•  “In around 2012 or 2013 a coalition of five major international corporations … will combine their almost limitless resources and mobilize a vast, worldwide, ultimately successful movement to revitalize the rainforests” (p. 105).

•  “Building codes for every home, store, and other public building by 2013 will include a mandate for silent, powerful, well-concealed air purifiers” (p. 174).

•  “In around 2014, a law will be passed stating that if anyone accuses another person of a felony and it can be proven that the accuser knew the accusation was false, the accuser can be made to serve the sentence the person he or she falsely accused would have served” (p. 136).

•  “By around 2014, pills, capsules, and even most liquid medicine will be replaced by readily accessible vaporized heat and oxygen chambers that can infuse every pore of the body with the recommended medications” (p. 209).

•  “By the year 2015 invasive surgery involving cutting and scalpels and stitches and scars will be virtually unheard of” (p. 205).

•  “To give law enforcement one more added edge, by 2015 their custom-designed high-speed vehicles will be atomically powered and capable of becoming airborne enough to fly several feet above other traffic” (p. 190).

•  “The search for extraterrestrials will ultimately end in around 2018 … because they begin stepping forward and identifying themselves to various international organizations and heads of state, particularly the United Nations, NATO, Scotland Yard, NASA, and a summit being held at Camp David” (p. 127).

•  “By the year 2020 researchers will have created a wonderful material … able to perfectly duplicate the eardrum and will be routinely implanted, to restore hearing to countless thousands … Long before 2020, blindness will become a thing of the past” (p. 203).

•  “By about 2020 we’ll see the end of the one-man presidency and the costly, seemingly perpetual cycle of presidential campaigns and elections” (p. 135).

•  “The year 2020 will spark an amazing resurgence in the popularity of the barter system throughout the United States, with goods and services almost becoming a more common form of payment than cash” (p. 140–141).

There’s more—oh, so much more—but you get the idea. Hundreds of predictions, mostly wrong, vague, unverifiable, in the distant future, some right, and so on. On p. 97 of Prophecy: What the Future Holds For You Browne claims that “my accuracy rate is somewhere between 87 and 90 percent if I’m recalling correctly.” Yet another failed prediction. 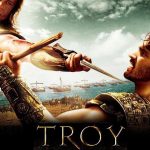 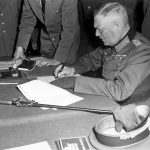 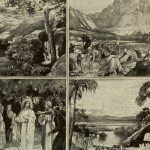 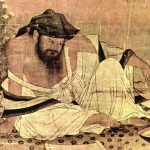 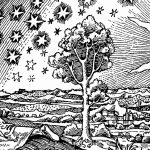 The Prophecies of the Hopi Indians and the Falun Dafa