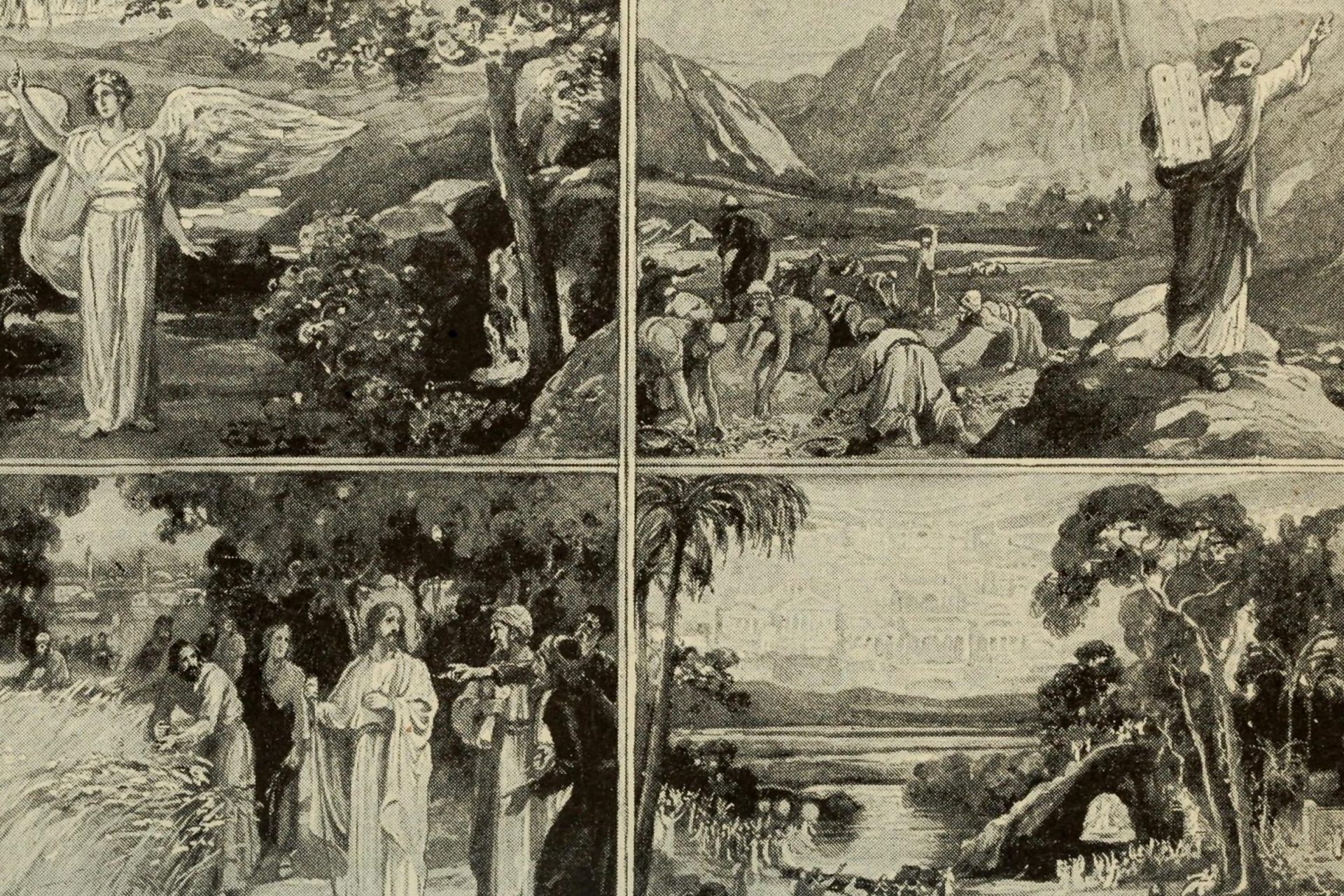 Prophecy, as the term suggests, is a prediction of future events. Prophets declare the future in varying degrees of significance, from domestic to national events, or from revolutions of a society to the future of mankind. Prophecy has been one of the most interesting and most talked-about phenomena throughout human history. Always as a point of curiosity, people have discussed various prophecies time and time again. Throughout the ages, people at home and abroad circulated prophecies in many countries. These prophecies represent a marvelous anecdote in the book of human civilization.

Many prophecies proved to be highly accurate, exceeding the expectation and knowledge of the general public. Centuries by Nostradamus, a French prophet who lived over four hundreds years ago, foretold many significant events that had happened later, in this period of human civilization, including the rise of Napoleon, the presence of Hitler, the World Wars, the death of the British Princess Diana, the Sept.11 terrorist attack in New York City, the 1989 oppression of the democratic movement in Tiananmen Square in China, and the ongoing persecution against Falun Gong in China directed by Jiang Zemin.

The only obstacle in understanding Nostradamus’ prophecies lie within the representation of the messages, which included difficult, obscure, evasive poems and symbolic secret codes. Since the prediction of the future was buried in a complicated language, the general public could validate the true meaning of a prediction only after a predicted event had come to pass.

Prophecies have profound meanings to all human societies. A fulfilled prophecy proves its authenticity. In addition, prophecies guide mankind to an acceptance that the future of mankind has its regularity and cannot be altered by will. One’s attitude and response toward a fulfilled prophecy or a prophecy in the progress of fulfillment, as well as one’s subsequent efforts in exploring a better future, is a subject that one must face with much deliberation.

This report collects legendary prophecies from various periods of Chinese history, as well as significant prophecies from the histories of selected peoples. Taking length limitations into account, the focus of the prophecies in this discussion will be placed on the most present and significant historical events that have been fulfilled or are in the progress of fulfillment. This includes the growth of Falun Gong in China and the rest of the world, the Jiang Zemin-led persecution of this group, the fall of the persecution, the ultimate collapse of Jiang’s regime, and the rise thereafter of a new age of mankind.

In fact almost all prophecies collected here uniformly declared the end of the 20th century and the beginning of the 21st century to be a most unusual time in human history. They predict that the truth of the universe will be manifested in the realm of mankind. Nevertheless, humans refuse to believe any of these prophecies, which are about to come true. Mankind’s history will end here, and a new age will begin thereafter. Although the prophecy is in the progress of fulfillment, it is impacting the ultimate destiny of each and every person, country, and even all of mankind.

Dear readers, please cherish this valuable opportunity! A majestic epic that is unfolding all around you is approaching its climax with an unyielding grand force. Did you know that you were within it?

2. A Prophecy from Northern Europe

2.1. A famous poem from Northern Europe

“Voluspa, The Prophecy of the Seeress” is a famous poem from Northern Europe (Germany and the Scandinavian Peninsula). As with other epic poems, the details of its origin are impossible to confirm. People generally believe that it was written during the Viking period, before Christianity took over Northern Europe, although it may have been written earlier. It tells a tale of the formation, destruction, and re-creation of the universe.

The poem starts with a description of the creation of the universe that is remarkably similar to the Chinese tale of a giant named Pan Gu, who created heaven and earth. In the beginning, there was chaos. Gods and giants then appeared, followed by human beings and all things on earth. The poem then weaves a description of a time to come, Ragnarok, the ending of all gods. According to the prophecy, all gods will face a predestined calamity, a tumultuous battle between the righteous and evil forces in the universe that ends in total destruction.

In this wake emerges a magnificent god who delivers final judgment on everything. A new world will then be created and all gods, including those who died in the battle, will resurrect. A peaceful bliss ensues and those lucky humans who have managed to survive will enter a new future.

In earliest times did Ymir live:
was nor sea, nor land, nor salty waves,
neither earth was there, nor upper heaven,
but a gaping nothing, and green things nowhere.

Was the land then lifted aloft by Bur’s sons
who made Midgardh, the matchless earth;
shone from the south, the sun on dry land,
on the ground then grew the greensward soft.

‘Neath sea the land sinks, the sun dims,
from the heavens fall the fair bright stars;
gusheth forth steam and gutting fire,
to very heaven soar the hurtling flames.

The fates I fathom, yet farther I see:
of the mighty gods the engulfing doom.

I see green again with growing things
the earth arise from out of the sea;

Then in the grass the golden figures,
the far-famed ones, will be found again,
which they had owned in olden days.

There will the Gods all guiltless throne,
and live forever in ease and bliss.

Adown cometh to the doom of the world
the great Godhead which governs all.

There are several versions of English translation for this poem. Minor details differ from translation to translation, and all of the translations are vague and difficult to understand. However, the basic meaning is consistent across all of the versions. The differences in the translations reflect the translators’ differences in understanding. However, all of them were able to grasp the basic meaning of the poem, which was probably the author’s intent. In fact, a prophecy must be written in this style. It was not the intent of the author to deliberately make it hard for people to understand the poem. The prophecy must not reveal too much, or it will violate the illusions that make up our world.

Another possible reason for the poem’s vagueness is the author’s degree of understanding of his visions. Behind prophecies are gods who wanted to deliver a message, so certain people were allowed to make a connection with other dimensions and serve as conduits between gods and human society. Gods then showed them visions of the past or the future, and the visions themselves might reflect things that occurred or will occur in other dimensions. If different people are shown the same vision, what they actually see may also be different. Before these things actually take place in the human world, people might only be able to understand them on a metaphorical level.

Many similar prophecies exist in different cultures throughout the world. The Judeo-Christian tradition, for example, speaks of the “final judgment.” Both the Mayan and Hopi have similar “myths.” The only difference is that instead of calling “final judgement,” they call it a time of “cleansing,” or “purifying.” Prophecies such as these all speak of the present time period. The evolution of the universe is cyclical and has different metabolic phases. Like a living body, it becomes healthy and orderly when all the dirt and scum is eliminated.

2.2. A prophecy from the Ming Dynasty

The reference in the poem to gods enduring a calamity reminded me of a prophecy from the Ming Dynasty. The following is a record of a conversation between the first Emperor of the Ming, Zhu Yuan Zhang, and the famous prophet Liu Bo Wen.

Emperor: What do you have to say about the Tao in that era?
Liu: In the final phase of the Fa-declining period, thousands of Great Enlightened Beings will descend into the human world; and hundreds of Buddha’s will do the same. A full sky of Taos, immortals and Bodhisattva’s, etc., will find it hard to escape this upcoming calamity. It is none other than the Buddha for the Future who descends to spread the Fa at this final moment. All Buddhas and Taos, in the heaven or in the human world, can only be spared if they are fortunate enough to be associated with the Fa by a ‘golden string’; otherwise, their fruit status will be cut down. After this declining period, Maitreya seals off the total of 81 calamities.

There are stunning similarities between these two prophecies. We will discuss the specifics of Liu’s prophecy in a future article.

Some people might think it too far-fetched to connect prophecies from different cultures. In fact, it is not far-fetched at all. In the past, if a prophecy referred mainly to its own race, then, today, a prophecy serves the whole world. This is because modern transportation and telecommunications have shrunk the world to the point where, for example, daily life in America is merged with daily life in China. If an ancient prophecy from China pertains to Chinese, it certainly follows that it also affects people outside of Mainland China. Ancient prophecies from different cultures share commonalities in their description of events taking place in the world today.

Why this is the case is something that people should think about carefully and seriously.