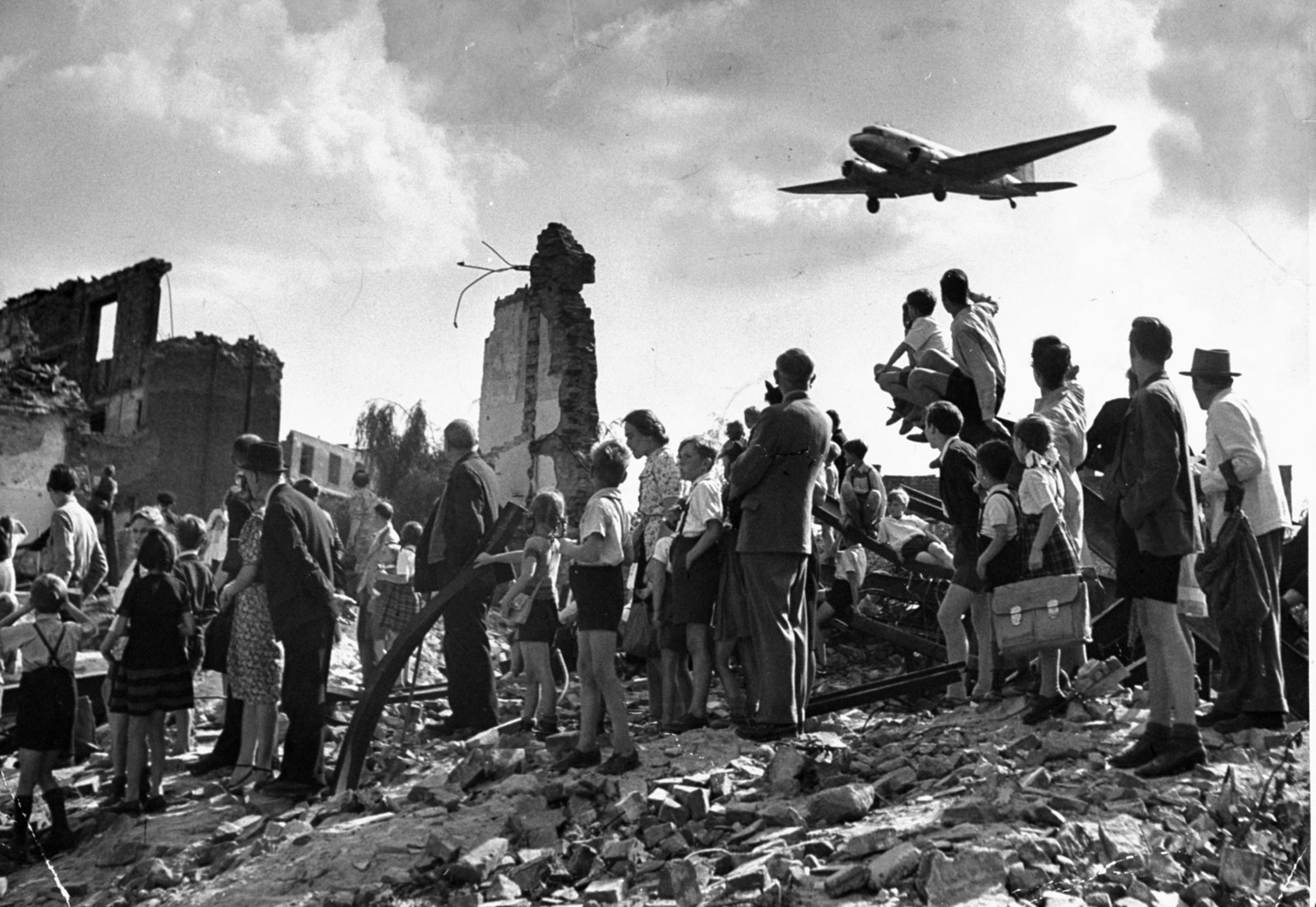 On May 12, 1949, an early crisis of the Cold War comes to an end when the Soviet Union lifts its 11-month blockade against West Berlin. The blockade had been broken by a massive U.S.-British airlift of vital supplies to West Berlin’s two million citizens.

At the end of World War II, Germany was divided into four sectors administered by the four major Allied powers: the USSR, the United States, Britain, and France. Berlin, the German capital, was likewise divided into four sectors, even though it was located deep within the Soviet sector of eastern Germany. The future of Germany and Berlin was a major sticking point in postwar treaty talks, especially after the United States, Britain, and France sought to unite their occupation zones into a single economic zone. In March 1948, the Soviet Union quit the Allied Control Council governing occupied Germany over this issue. In May, the three Western powers agreed to the imminent formation of West Germany, a nation that would exist entirely independent of Soviet-occupied eastern Germany. The three western sectors of Berlin were united as West Berlin, which was to be under the administration of West Germany.

On June 20, as a major step toward the establishment of a West German government, the Western powers introduced a new Deutsche mark currency in West Germany and West Berlin. The Soviets condemned this move as an attack on the East German currency and on June 24 began a blockade of all rail, road, and water communications between Berlin and the West. The four-power administration of Berlin had ceased with the unification of West Berlin, the Soviets said, and the Western powers no longer had a right to be there. With West Berlin’s food, fuel, and other necessities cut off, the Soviets reasoned, it would soon have to submit to Communist control.

Britain and the United States responded by initiating the largest airlift in history, flying 278,288 relief missions to the city during the next 14 months, resulting in the delivery of 2,326,406 tons of supplies. As the Soviets had cut off power to West Berlin, coal accounted for over two-thirds of the material delivered. In the opposite direction, return flights transported West Berlin’s industrial exports to the West.

Flights were made around the clock, and at the height of the Berlin airlift, in April 1949, planes were landing in the city every minute. Tensions were high during the airlift, and three groups of U.S. strategic bombers were sent as reinforcements to Britain while the Soviet army presence in eastern Germany increased dramatically. The Soviets made no major effort to disrupt the airlift. As a counter measure against the Soviet blockade, the Western powers also launched a trade embargo against eastern Germany and other Soviet bloc countries.

On May 12, 1949, the Soviets abandoned the blockade, and the first British and American convoys drove though 110 miles of Soviet Germany to reach West Berlin. On May 23, the Federal Republic of Germany (West Germany) was formally established. On October 7, the German Democratic Republic, a Communist state, was proclaimed in East Germany. The Berlin airlift continued until September 30, in an effort to build up a year’s supply of essential goods for West Berlin in the event of another Soviet blockade. Another blockade did not occur, but Cold War tensions over Berlin remained high, culminating in the construction of the Berlin Wall in 1961.