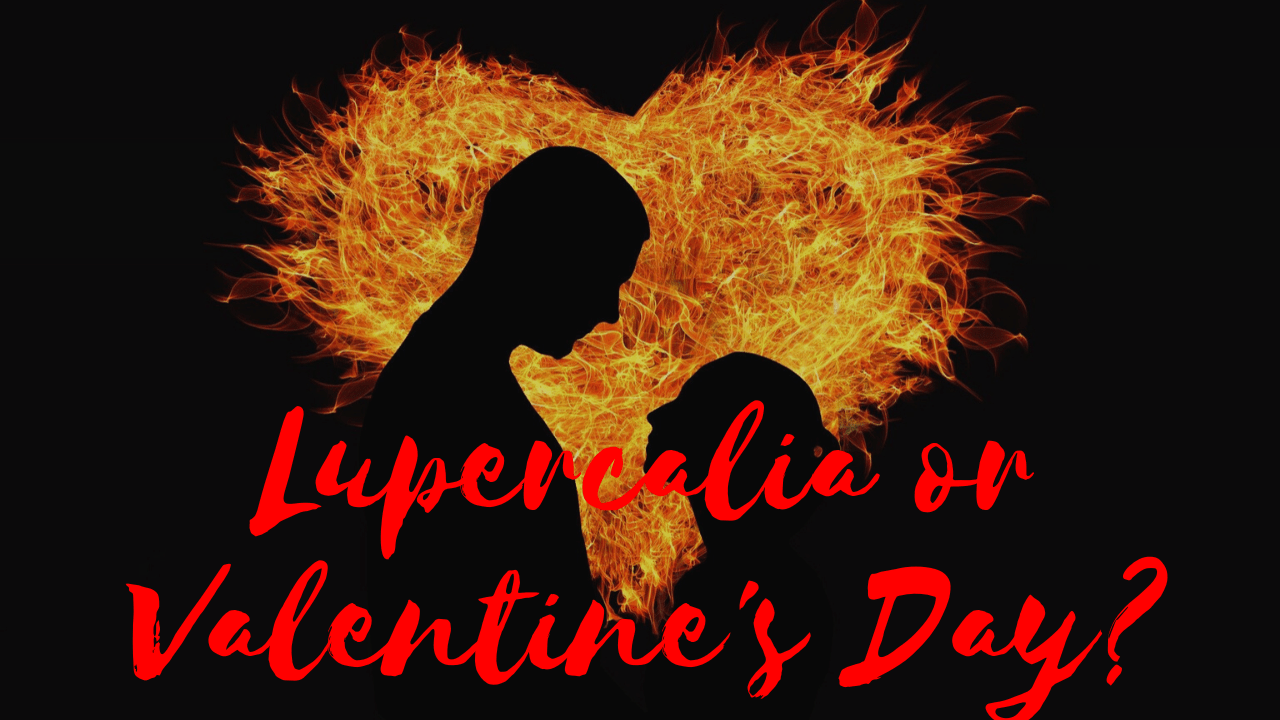 Based on the Roman festival of the same name, Lupercalia falls on February 15. Lupercalia may have started at the time of the founding of Rome (traditionally 753 B.C.) or even before. It ended about 1200 years later, at the end of the 5th century A.D., at least in the West, although it continued in the East for another few centuries.

Lupercalia was a bloody, violent, and sexually charged celebration that included animal sacrifice, random match making and coupling with hopes of warding off evil spirits and infertility. 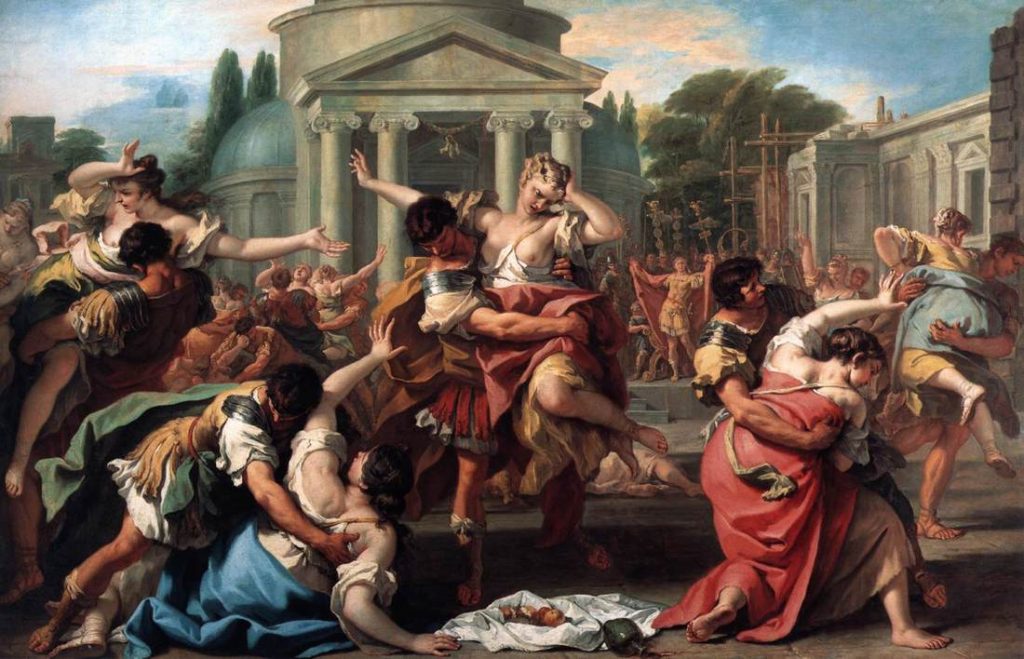 No one is really sure how far back this Roman festival really goes, but some have traced it back to the 6th century BC. It is said to have been a Shepard’s festival that was brought to Rome by Romulus and Remus.

The legend has it that the Roman king, King Amulius, orders his twin nephews be killed for their mother’s broken vow of celibacy. They were to be throw in the Tiber River. Instead of just being tossed in- they were placed in a basket by a servant. The river-god is said to have carried the basket down river where it got caught in the branches of a wild fig tree. The twins were rescued by a she-wolf in a den at the base of Palatine Hill. (Side note: this is the area where the city of Rome was founded).

Later, the twins were adopted by a Shepard and his wife and learned the shepherds’ trade. After killing their uncle- King Amulius, they found the den of the she-wolf that raise them and name is Lupercal. Lupercal was named after the Roman fertility god Lupercus*. Ritual sacrifice was completed by the Roman’s to start off this festival. There was a sacrifice of a goat and a dog. The goat for fertility and the dog was most likely to honor the she-wolf. The Roman priests, called Luperci, would sacrifice the goat and the dog, smear the blood on the foreheads of 2 youths and as they wiped it away with a piece of milk-soaked wool, the youths were required to laugh.

After the Ritual Sacrifice, came the feast. When the feasting was over, the skin of the goat would be cut into strips or thongs (called februa). The men would them run around naked, or nearly naked, whipping women with the thongs. A lot of women welcomed the lashes as they believed it to be a fertility consecration. (Getting whipped was supposed to make your fertile, so the more whippings, the more fertile. Kinky..) This was a symbolic gesture of purification of the men and a symbolic purification of the land. During the Lupercalia festival, men chose women’s names would be coupled with them for the festival. Sometimes, they would stay together until the next year’s festival, or even get married. Over time, the sexuality of the festival was lost until it was fully clothed men whipping women’s hands. 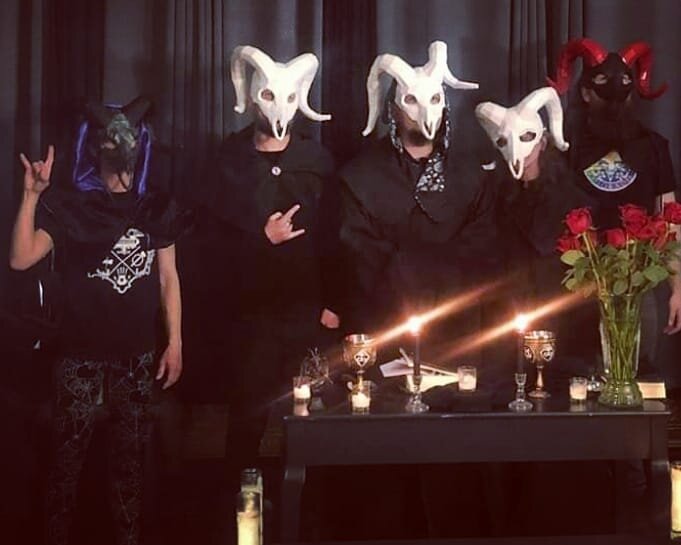 2. This is a great spot to touch on the Christian side of things..

Saint Valentine was said to be a priest named Valentine who was imprisoned and beheaded by Roman Emperor Claudius II for assisting persecuted Christians and secretly marrying Christian couples in love. He even tired converting Claudius to Christianity while he was imprisoned. He was beheaded on February 14, which later became known as Valentine’s Day. 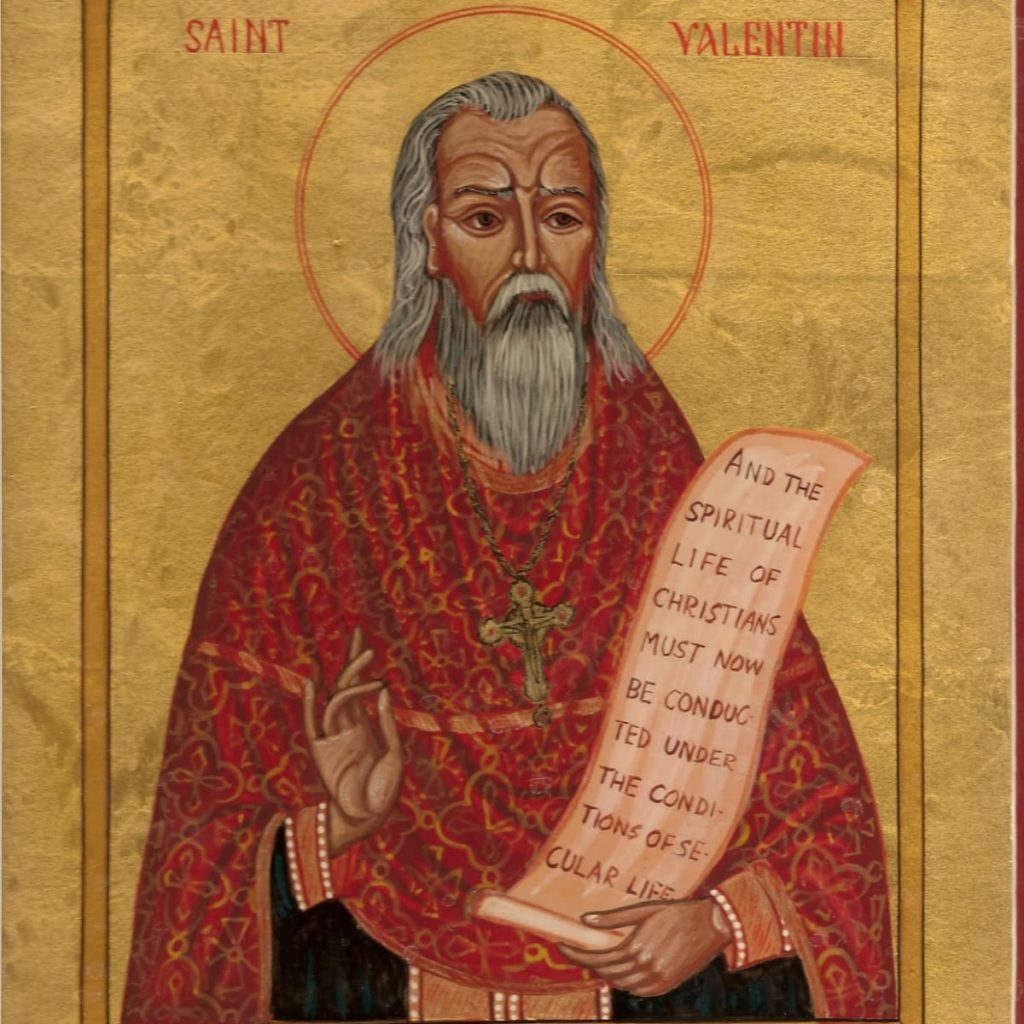 So how does this tie in with Lupercalia?
Well, after the Catholic church declared Valentine a saint, a pope in 494 CE, Pope Gelasius I eliminated the pagan festival of Lupercalia. He decided that February 14 would be the day to celebrate Saint Valentine*, who had become known as the patron of lovers. February 14 fell smack dab in the middle of the Lupercalia festival that typically happened somewhere between February 13-15. Some Christian choose not to celebrate Valentine’s Day because it is based off of the pagan festival of Lupercalia.