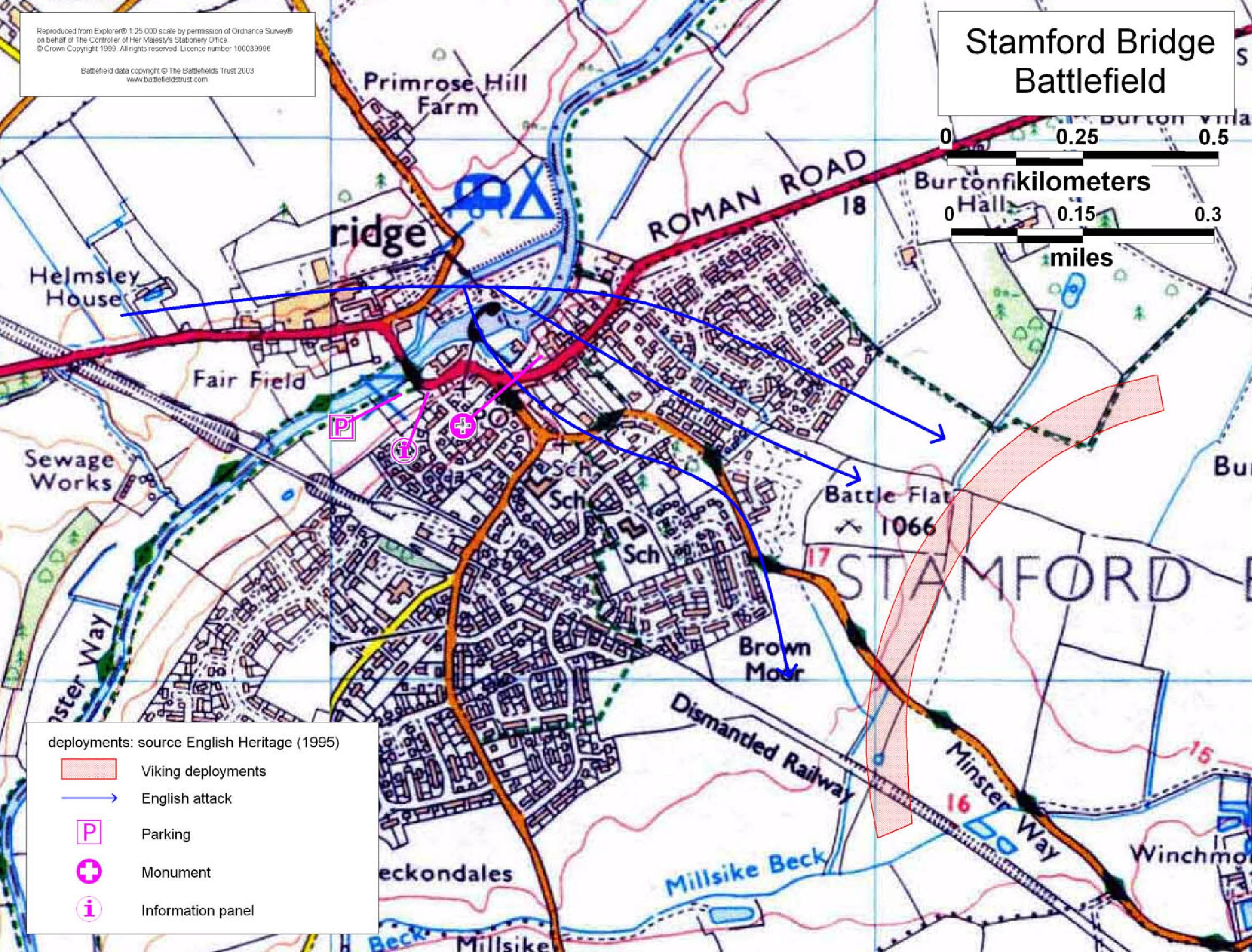 The Battle of Stamford Bridge

The Battle of Stamford Bridge took place at the village of Stamford Bridge, East Riding of Yorkshire, in England on 25 September 1066, between an English army under King Harold Godwinson and an invading Norwegian force led by King Harald Hardrada and the English king’s brother Tostig Godwinson

The Battle of Stamford Bridge

After a bloody battle, both Hardrada and Tostig along with most of the Norwegians were killed. Although Harold Godwinson repelled the Norwegian invaders, his army was defeated by the Normans atHastings less than three weeks later. The battle has traditionally been presented as symbolising the end of theViking Age, although major Scandinavian campaigns in Britain and Ireland occurred in the following decades, such as those of King Sweyn Estrithson of Denmark in 1069–1070 and King Magnus Barefoot of Norway in 1098 and 1102–1103.