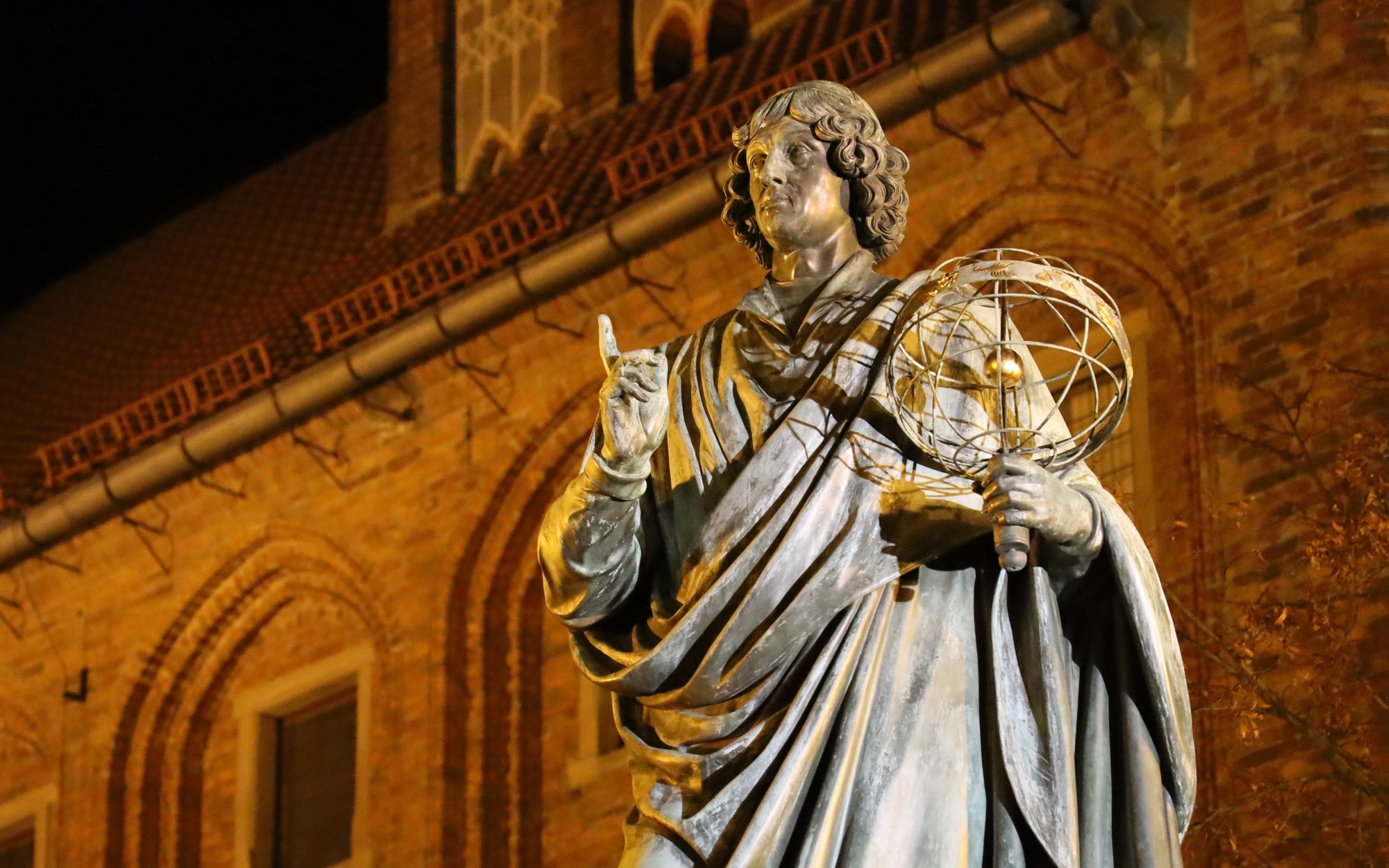 Galileo gets a lot of the credit for publicizing the fact that the Earth revolves around the sun and not the other way around. A lot of the reason why he gets so much press about that ‘discovery’ is because of his persecution by the Catholic Church. The theory of Heliocentrism was around for well over a decade before Galileo was even born.

Nicolaus Copernicus was born in Thorn, Poland on February 19, 1473. He was the son of a wealthy merchant. After his father’s death, he was raised by his mother’s brother, a bishop in the Catholic Church. Copernicus studied mathematics and astronomy at the University of Krakow. Through his uncle’s influence Copernicus was appointed a canon (church official) of the Catholic Church. He used the income from the position to help pay for additional studies. Copernicus studied law and medicine at the universities of Bologna, Padua, and Ferrara in Italy.

While he was studying at the University of Bologna, his interest in astronomy was stimulated. He lived in the home of a mathematics professor who influenced him to question the astronomy beliefs of the day. After his return to Poland, Copernicus lived in his uncle’s bishopric palace. While there he performed church duties, practiced medicine and studied astronomy. In Copernicus’ time most astronomers believed the theory the Greek astronomer Ptolomy had developed more than 1,000 years earlier. Ptolomy said the Earth was the center of the universe and was motionless. He believed all other heavenly bodies moved in complicated patterns around the Earth. 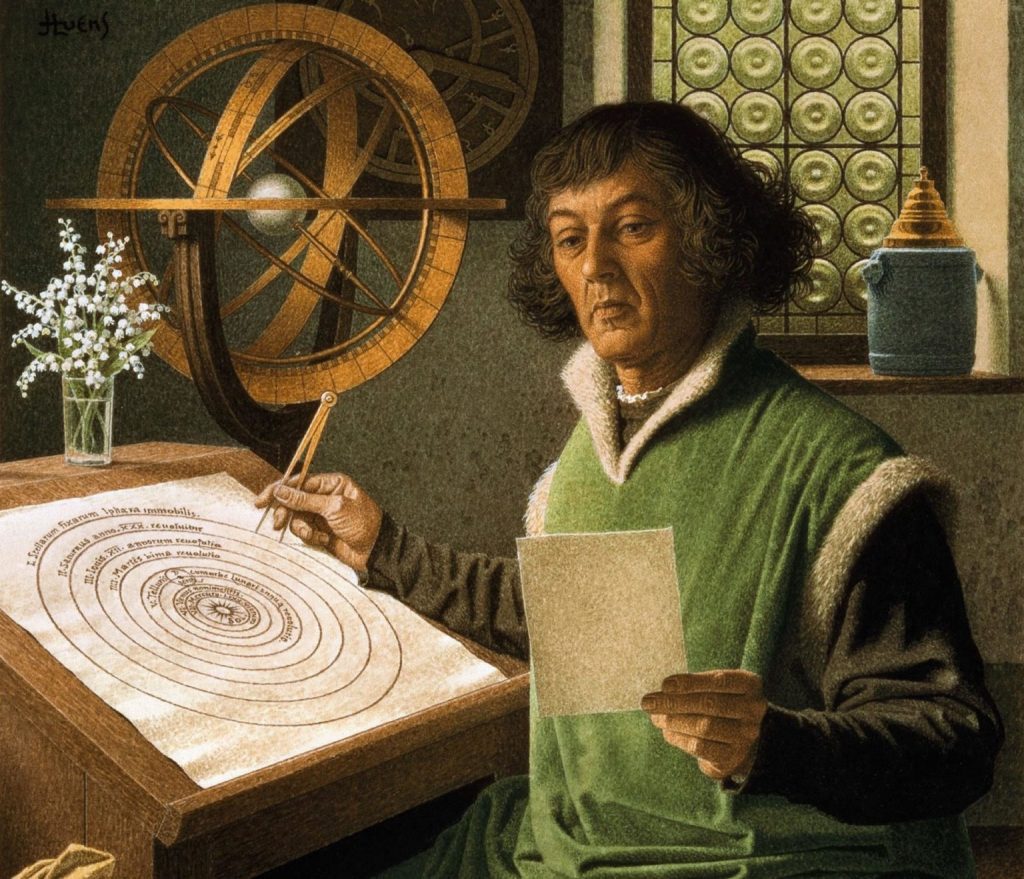 Copernicus felt that Ptolomy’s theory was incorrect. Sometime between 1507 and 1515, he first circulated the principles of his heliocentric or Sun-centered astronomy. Copernicus’ observations of the heavens were made with the naked eye. He died more than fifty years before Galileo became the first person to study the skies with a telescope. From his observations, Copernicus concluded that every planet, including Earth, revolved around the Sun. He also determined that the Earth rotates daily on its axis and that the Earth’s motion affected what people saw in the heavens.

On May 24, 1543, Polish astronomer Nicolaus Copernicus dies in what is now Frombork, Poland. The father of modern astronomy, he was the first modern European scientist to propose that Earth and other planets revolve around the sun.

Prior to the publication of his major astronomical work, “Six Books Concerning the Revolutions of the Heavenly Orbs,” in 1543, European astronomers argued that Earth lay at the center of the universe, the view also held by most ancient philosophers and biblical writers. In addition to correctly postulating the order of the known planets, including Earth, from the sun, and estimating their orbital periods relatively accurately, Copernicus argued that Earth turned daily on its axis and that gradual shifts of this axis accounted for the changing seasons.

In 1616, after several publications by Galileo agreeing with Copernicus based on observations with his newly invented telescope, the Church banned what it termed “Copernicanism” The committee that decided on the matter wrote: “foolish and absurd in philosophy, and formally heretical since it explicitly contradicts in many places the sense of Holy Scripture.”

By the time of Galileo, Copernicus was seen as the father of Heliocentrism so much that it was named after him. It was his model of the universe that helped propel the theory beyond simple ideas on paper. The debate between the Church and scientists would not curtail scientific advancement in this area, as men like Kepler would continue to build on the works of Copernicus. By the 1700s, Heliocentrism was accepted in much of the world, regardless of the wants of the Catholic Church.