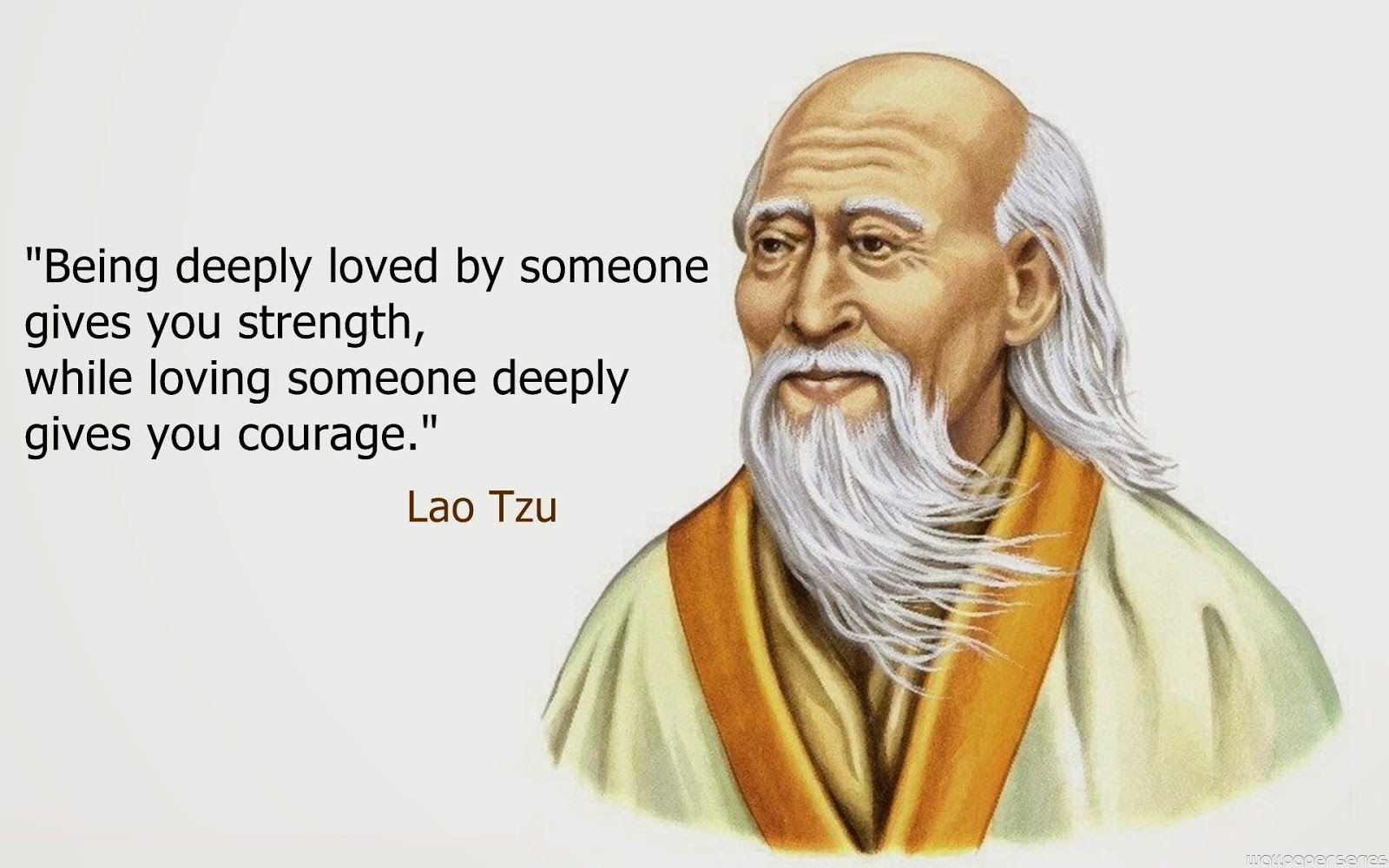 Lao Zi (also known as Lao Tzu), living between circa 600 and 470 B.C. during the Spring and Autumn Period, wrote the famous Dao De Ching (道德經) and is the central figure in the development of Daoism. As a child, he was intelligent, meditative, and well-read, often pestering his family to hear about the rise and fall of the state, battles between states, rituals and divination, astrological observations, and much more.

Recognizing the boy’s remarkable intelligence, his mother invited the renowned scholar Shang Rong (商容) to be his teacher. Shang Rong was well-versed in astronomy, geography, and ancient and modern rituals and was highly respected by the family.

1. What is above the purest being?

“What is above the purest being?” Lao Zi inquired further. “I dare not speculate as nothing has been passed on by the earlier sages and there has been no record of this in the ancient books,” his teacher said humbly.  That evening, Lao Zi pursued these questions with his family, but no one could give him an answer.  Staring into the sky and lost in his thoughts, he lay awake all night.

2. The origin of divine power

Another time, Teacher Shang told him, “Heaven, Earth, humans and a multitude of other things exist in the universe. Heaven has its principles, and Earth has its laws; human beings have ethics, and objects have physical properties. Therefore, Heaven has the sun, the moon, and the stars in motion; Earth has seas, mountains, rivers and oceans; there exist superiors and inferiors, the old and young among human beings; and among physical objects, some are long, some are short, some are strong and others are fragile.”

“Who put the sun, the moon, and stars in motion then?” Lao Zi asked, “Who created mountains, rivers and oceans? Who sorts human beings into those categories, and who bestows physical attributes to objects?” “It’s all done by the divine,” his teacher replied.

“How can the divine do all of this?” “The divine has the ability to change and the power to create, so they can do all of these things,” replied his teacher. “But where did that power come from, and when did they start to have these powers?” “I dare not speculate,” said his teacher, “as the teachers in earlier times did not pass down anything in this regard and I have seen no record about this in the ancient books.”

In the evening, Lao Zi asked his mother and the rest of his household the same questions, but no one could answer him. He reflected on what the teacher said day and night, so focused that he did not taste the food he was eating for three days.

3. How could the sovereign go against Heaven?

“The subjects are not here for the sovereign, and not obeying the sovereign is understandable. However, if a sovereign is born by the will of Heaven. Why would he ever go against Heaven?” Lao Zi questioned.

“The Gods entrust sovereigns to take care of the affairs in the human world on their behalf. When a sovereign is born, it’s like sending a general to a faraway battlefield, so he is not bound directly by orders from his own sovereign. Thus, a sovereign at times goes against the heavenly mandate,” replied his teacher.

“The divine have the ability to change and the power to create. Why don’t they just create a sovereign who acts according to their will?”. But again Teacher Shang said: “I dare not speculate, as the wise men in earlier times did not pass down anything in this regard and there is no record about this in ancient books.”

In the evening, Lao Zi posed these questions to those in his household, and again, none of them could give him an answer. He visited all the distinguished local scholars to seek knowledge, so concentrated in his quest that he felt neither wet from rain nor parched from the wind.

4. Why do the divine allow war?

On another occasion, his teacher told him, “Regarding all things under Heaven, harmony is the best option. Without harmony, there would be war. In war, both sides suffer, and neither benefits. Therefore, being good to others really benefits oneself, and harming others is equivalent to harming oneself.” Lao Zi asked, “Losing harmony causes great harm to people. So why doesn’t the sovereign do something about it?” His teacher replied, “When people fight among themselves, it only upsets the harmony a little; the trouble is insignificant, and the sovereign can take care of it. If the fight is between states, then the harmony is overturned, the consequences are massive. If it is the sovereign who is to blame, then how can the sovereign resolve it?”

Lao Zi wondered aloud, “If the sovereign cannot handle it, why doesn’t the divine take care of it?” .Again the same humble words from his teacher: “I dare not speculate, as the great ones in earlier times did not pass down anything in this regard and there was no record about this in ancient books.”

In the evening, Lao Zi asked his household members the same question, and still, no one had an answer. Again, he visited all the distinguished local scholars and read all the books available to search for answers, so fixated that he did not sense heat or coldness.

Three years went by. One day, Shang Rong went to Lao Zi’s mother and said, “My knowledge is too shallow to continue teaching your very intelligent son. I’m here to say farewell, not because I don’t want to teach him or because he is not diligent, but because I have already taught him all that I know, and yet it is not enough to satisfy his endless thirst for knowledge.”

“I find it hard to continue,” the teacher confessed, “Your son is a boy with far-reaching aspirations yet lives in a remote region. If you want to polish his extraordinary potential, you must send him to the capital, where there are an abundance of books and a great gathering of scholars. It’s a holy land under Heaven; he won’t be able to achieve great success without going there.”

Lao Zi’s mother became worried at this suggestion, and thought, “Lao Tzu is only 13 years old and he is my only son. How can I let him go that far all by himself? And I can’t afford it.”

Sensing her concern, Teacher Shang said, “You know, a friend of mine is serving in the imperial college of the Zhou Dynasty court. As a scholar, he cherishes talented people. I have told him about your son and he could take the boy under his wing.” Thus, it was settled. Lao Zi left his hometown for Zhou. He was admitted into the imperial college and studied all disciplines of knowledge, including astronomy, geography, and ethics. He also studied cultural relics, various decrees, regulations, and history books.

Lao Zi made significant progress and became a clerk in the Archive Chamber of the Zhou court three years later. It allowed him access to a massive collection of classics, essays, and books. He was truly in his element; every day he buried himself in a sea of books, rituals, and music, as well as the essence of moral and ethical principles.

Three years after that, at the age of 19, he was promoted to be the Keeper of the Archives for the royal court of Zhou. He became well known, and his name spread across the land.  However, Lao Zi still could not find answers for the questions that stumped Teacher Shang. It was his search for these answers that would lead him to discover the Dao or Way.

Besides building moral character and training discipline, education was also the greatest equalising force in ancient China. It enabled those born to the humblest backgrounds to rise to the highest levels of society—to become government officials, strategic advisors, physicians, artists, and poets.