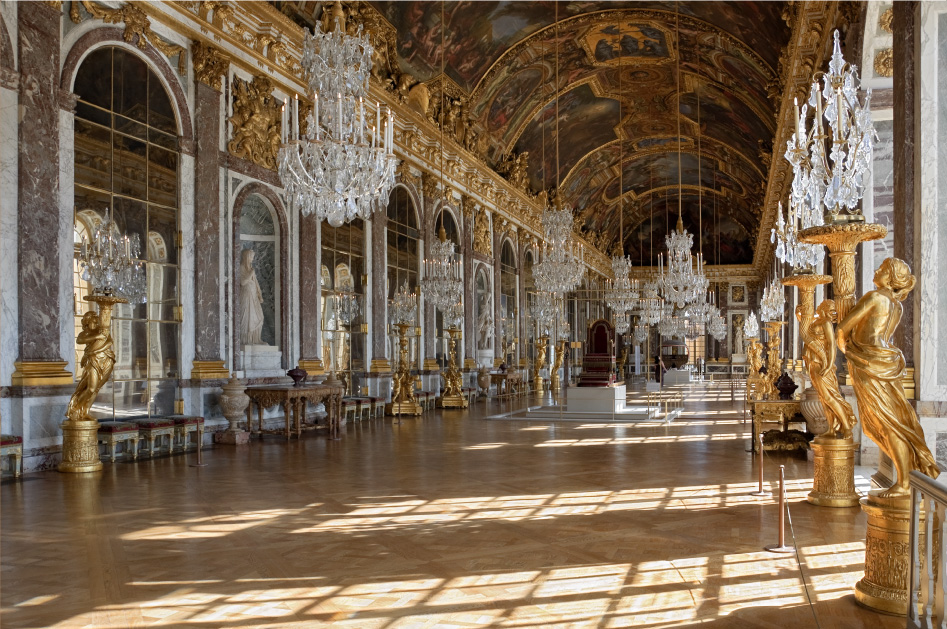 1. Louis XIV becomes King of France at the age of 4

On May 14, 1643 . At the age of four years and eight months, he was succeeded his father King Louis XIII, according to the laws of the kingdom, not only the master but the owner of the bodies and property of 19 million subjects. Although he was saluted as “a visible divinity,” he was, nonetheless, a neglected child given over to the care of servants. He once narrowly escaped drowning in a pond because no one was watching him. Anne of Austria, who was to blame for this negligence, inspired him with a lasting fear of “crimes committed against God.”

It was his mother who gave Louis his belief in the absolute and divine power of his monarchical rule. During his childhood, he was taken care of by the governesses Françoise de Lansac and Marie-Catherine de Senecey. In 1646, Nicolas V de Villeroy became the young king’s tutor. Louis XIV became friends with Villeroy’s young children, particularly François de Villeroy, and divided his time between the Palais-Royal and the nearby Hotel de Villeroy.

2. The Founding of the Royal Dance Academy

In 1661, when King Louis XIV was 23 years old, he founded the first ballet school in Paris to train performers for ceremonies. He invited a number of top artists such as Jean-Baptiste Lully and Jean-Baptiste Moliere to be in charge of the music and ballet performances.

During this period, ballets were composed for male performers to showcase the strength and agility of the human body. At that time, there were 5 basic leg postures, 12 arm postures, and some other dance moves, all of which were named in French.

After the 17th century, performing arts had initiated an unprecedented influence on culture. The rituals of King Louis XIV’s court became more and more gracious, highly respected and followed by many other European royalties. Ballet masters passed on not only dances and techniques, but also rituals, social interactions, and standard rules. Artists used the civilization of arts to enlighten the entirety of Europe.

King Louis XIV employed the art of dancing to set the standard of social rituals, making France the center of artistic civilization in Europe at that time, influencing European social behavior for the following 200 years.

3. The Sun king Louis XIV moves the French court from Paris to Versailles

On May 6, 1682, Louis XIV moves the French court from Paris to Versailles. Despite Versailles being one of the most magnificent palaces in the world, this is not the reason why the Sun King decided to move the French court.

The Palace of Versailles is a royal chateau in Versailles, in the Ile-de-France region of France. When the chateau was built, Versailles was a country village; today, however, it is a suburb of Paris, some 20 kilometres southwest of the French capital. The court of Versailles was the centre of political power in France from 1682, when Louis XIV moved from Paris, until the royal family was forced to return to the capital in October 1789 after the beginning of the French Revolution. Versailles is therefore famous not only as a building, but as well as a symbol of the system of absolute monarchy of the Ancien Régime.

In 1708, according to records, there were once 10 balls held in just 6 weeks. Therefore, attendees were required not only to maintain their stamina and grace but also to possess talent. Every year, attendees had to prepare 12 unique dances that lasted for 2-3 minutes each. This requirement posed a challenge of physical and mental stamina. Therefore, under King Louis XIV, even non-masters could also perform complicated and advanced dance steps.

This massively extravagant palace since the French Revolution has not been habited, it also represents the contrast between the way the nobles lived versus the starving peasants of France.

4. Initiating the era of Baroque music

Rituals, etiquettes, dances, and trendiness made France the center of European civilization and it dominated European culture for nearly two centuries. As a result, France has become the center of fine artworks, fashion, food and dance, bringing huge profits to France’s economy.

As the King was so fond of ballet, composers at the French court always tried to compose songs suitable for dancing to. Louis XIV’s dance music was composed by the most famous composers of the day, such as English musician Henry Purcell and the great composer Johann Sebastian Bach, ushering in the era of Baroque music.

5. The establishment of the emblematic Louvre

Apart from his interest in dance and music, Louis XIV was said to be a very generous art patron, one of the few to be found in history. He invited many famous artists to work and settle down in Paris, offering them various attractive benefits, so that they could be free to compose and create.

In 1663, King Louis XIV founded the Academy of Painting and Sculpture (L’Academie de Peinture et de Sculpture). Aristocrats from all over the country followed after the king, joining the trend to build schools to train and support artists to create, making France the center of artistic development at that time. This also passed on the responsibility of protecting the traditional arts of the French.

6. Funding for the robust development of French science and literature

Under the reign of King Louis XIV, literature and science achieved remarkable breakthroughs. He founded the French Academy of Sciences and the French Academy, along with the Royal Theater, and recruited many outstanding scholars such as the great playwright and poet Pierre Corneille (1606 – 1684), the famous theater composer Jean Racine (1639-1699), and scientist and mathematician René Descartes (1596–1650).

Under the reign of Louis XIV, Paris flourished with a population of 700,000. Due to King Louis XIV’s patronage of culture and arts, one-fifth of European genius gathered in Paris. The city became a model for other European cities to mirror and remains the same to this day.