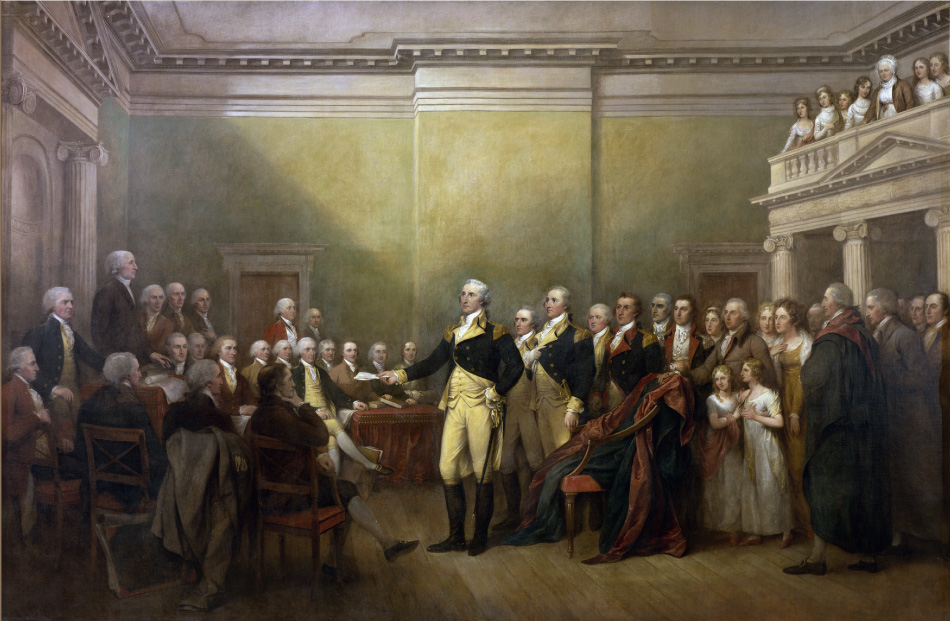 One of them stands out but not for his academic knowledge in social or natural science nor his leadership skills but rather for his own dignity and the love that his countrymen felt for him. He is none other than George Washington, the military general and first president of the United States.

Mary Ball was born around 1708 or 1709, in Lancaster County, Virginia. Her father died when she was 3, and her mother remarried and had more children. Mary Ball Washington was neither a villain nor a saint—but rather an exceptionally strong and resilient woman—a single mother who raised five children and instilled in them the qualities of fortitude and purpose.

After she was widowed, she didn’t have the money to send George to school in England, as was common for well-to-do Virginia families at the time. Instead she enlisted him and his siblings to help run the farm. She emphasized obedience in her children. “She treated George seriously as a man and seriously as a religious being,” Saxton writes.

Despite her modest means, she did the best she could to provide her children with an improvised education. Although she could barely afford it, she loaned George money for dancing lessons, which she knew were essential for entrance into elite Virginia society.

George moved out in the late 1740s, first to become a land surveyor and then to join the Virginia militia. Mary did not see much of George as he accelerated through the ranks of the Continental Army and led the country through the American Revolution. During the war, they went five years without seeing each other.

In 1782, she wrote a letter to George describing how difficult the experience was for her. “I was truly uneasy,” she wrote. George visited her on the way to his presidential inauguration in 1789, the last time he would see her. By then she was living in a house in Fredericksburg, Virginia, where she gardened and read. She died of breast cancer in August of that year, at age 81.

2. First in war, first in peace, and first in the hearts of his countrymen

Compared to brilliant the talents around him, Washington was not the best: Benjamin Franklin has always been referred to as a talented scientist and investor, besides being a politician. As a scholar with profound knowledge, Thomas Jefferson was known as the “Father of the U.S. Constitution.” John Adams was called the “Colossus of Independence” for the giant role he played in helping to create the new and independent United States. The sharp mind of Alexander Hamilton was said to have laid the foundation for the U.S. economy.

George Washington was the commander in chief of the Army who led the American militia through two wars: French and Indian War (1754-1758), and the American Revolution (1775-1787).

During the French and Indian War, Washington was still a youth in his 20s. Yet, the five years of engagement in the war did not only provide him invaluable lessons about commanding, leadership skills, and military strategies but also fostered his bravery and unwavering mind in the face of adversity and hardship.

In 1755, at the Battle of Monongahela against the attack of French and native forces, as the aide-de-camp to Major General Edward Braddock, the young Washington was the only uninjured aide that managed to survive the savage fight and help many of the surviving soldiers to effectively escape the onslaught and lead them back to the army’s reserve, thus saving them from further catastrophe.

He also succeeded in gaining recognition for the Virginia militia with the decree stating that the Virginia militia would outrank British officers of lower rank. After the capture of Fort Duquesne that marked the victory of this war, Washington was lauded as a war hero. Yet the patriotic colonel chose to resign his military commission to spend the next 16 years on his plantation farm in Virginia.

Patriotism once again drew Washington into the American Revolution as a commander in chief. At that time, the U.S. militia faced a scarcity of resources—amateur, poorly trained soldiers, meager food supplies, and ill-equipped facilities and weapons. In the words of General Nathanael Greene, it was “more than half-naked, and above two-thirds starved.”

On May 17, 1769, George Washington launches a legislative salvo at Great Britain’s fiscal and judicial attempts to maintain its control over the American colonies. With his sights set on protesting the British policy of “taxation without representation,” Washington brought a package of non-importation resolutions before the Virginia House of Burgesses.

When Britain’s House of Lords learned that the Sons of Liberty, a revolutionary group in Boston, had assembled an extra-legal Massachusetts convention of towns as the British fleet approached in 1768, they demanded the right to try such men in England. This step failed to frighten New Englanders into silence, but succeeded in rallying Southerners to their cause. By impugning colonial courts and curtailing colonial rights, this British action backfired: it created an American identity where before there had been none.

Meanwhile, his opponent was the formidable army in the red military uniform of the Greatest Empire that conquered both the American and African continents. Yet Washington managed to win over them, forcing the United Kingdom to recognize America’s independence. Historian Gordon Wood concludes that the greatest decision in Washington’s life was to resign as commander in chief at the height of his power. European nobility was so surprised that the British royal King George III praised Washington as “the greatest man in the world.”

Removing the mantle of commander in chief, Washington returned to his hometown in Mount Vernon, Virginia, to lead a civilian life. However, it was not to be; in 1789, he was reluctant to become president, because Americans only trusted the person who defeated the British to be their commander in chief.

To date, Washington is the only president to gain unanimous support with 100% of the electoral votes. Leaving Mount Vernon, he trudged into the office in New York. He confided in his best friend Henry Knox that he felt like “a culprit who is going to the place of his execution.” The third president of the United States, Thomas Jefferson, said that Washington “would rather be in the grave than in the present situation (as president),” and that he “would rather stay on his farm than become the king of the world.”

During his first term, he traveled to 13 states. The gravel roads full of potholes across America recorded his 2,400-mile journey. Wherever he went, he carried the composure of a democratic leader, nothing ostentatious nor lavish. Arriving at a town, he left his carriage on the outskirts, riding a horse into town, coming to the people as a friend, willing to walk into shabby houses to listen to people’s concerns and hopes.

President Washington became so popular that he was fervently welcome wherever he went. People still kept the old tradition, regarding the president as king; they even sang the song as greeting King George III of England: “Your Majesty comes. The hero comes. The hero comes! Blow the trumpet up, drum up, cheer up …”

2.3 In the hearts of Americans

The president deeply touched people’s hearts, so when he died, he left behind infinite grief. Americans wore mourning clothes for months to pay him tribute. On the other side of the ocean, the British Navy’s flag was flown half-mast, and Napoleon ordered 10 days of national mourning.

In many states, public works in his honor are ubiquitous. Washington Monument in the city named after him is the tallest tower of the capital. On Mount Rushmore, South Dakota still stands the giant statue of the late president. His image appears on U.S. stamps more than all other American figures combined. His name is also given to many schools as well as to countless streets in many American cities and towns.

However, while the United States remembers Washington in the most respectful and solemn ways, he chose to rest at a place that couldn’t be less simple. It is an ordinary family old vault in Mount Vernon, the place that he selected, with the instructions: “I particularly emphasize that my body should be buried privately, without any ostentatious parade nor eulogy.”